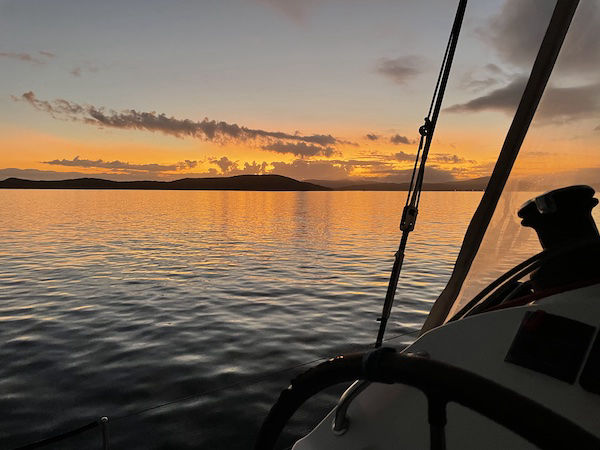 Trying to avoid the strong into-wind sailing, we waited for a lull in the southeasterly winds once again.

One Saturday evening, the forecast showed an unusual calm few days ahead. The next morning, we had flown an hour north to Townsville, had done some quick shopping and were heading out of the marina by 14:00 hrs. The plan was to tuck away behind Cape Cleveland till the morning.

That evening when I awoke, my heart skipped a beat. The yacht was drifting...so we thought. The seas were so smooth that even at rest, it did not feel right.

The moon was out and the seas were dead flat. So, at 23:00hrs. this Sunday evening, the decision was made to motor around the point and check the wind and swell. It was dead flat.

Making the most of this unusually calm weather, motors were soon purring southbound. The winds did eventually pick up from the east and by midday the next day the beam sailing conditions saw speeds around the 8-9 knot mark.

After one day at Airlie Beach, the winds again abated and David W flew in to join me at Hamilton Island. After a quiet ale or three and an early start the next day, we were again southbound, lat and long unknown.

By nightfall, we found ourselves anchored in a beautiful bay behind Scawfell Island (well east of Mackay). This serene anchorage was stunning and very quiet.

The following morning at 03:00hrs, we were again underway, the aim was to get to Middle Percy Islands by 15:00hrs.

The journey was dotted with whale sightings, migrating to Antarctica for their summer feeding frenzy. The highlight at Middle Percy Island was the iconic A-frame cruisers hangout.

Flicking plastics that evening was uneventful, with no reasonable-sized fish taken.

The winds were due to increase to 20-30 knots over the next few days/weeks, so we were soon on a plane back to Brisbane.

Over five days we covered 370 nautical miles (or 685 kilometres) while repositioning from Townsville Marina to Keppel Bay Marina (near Rockhampton, Australia).

A huge THANK YOU to our SUBSCRIBERS of our YouTube Channel and for allowing us to get to a wider audience. 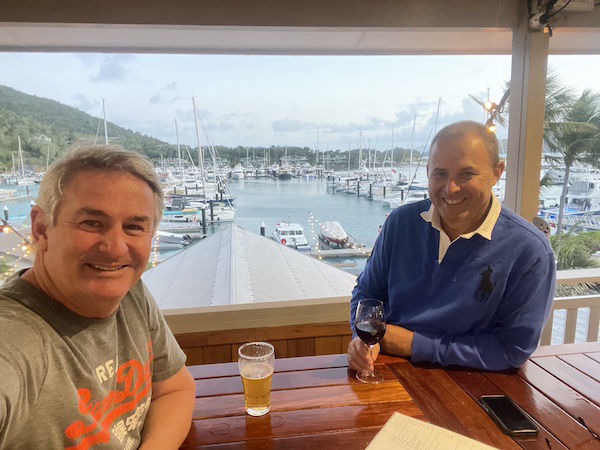 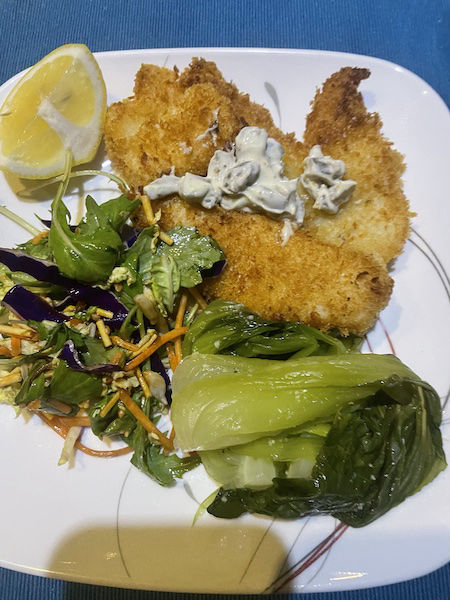 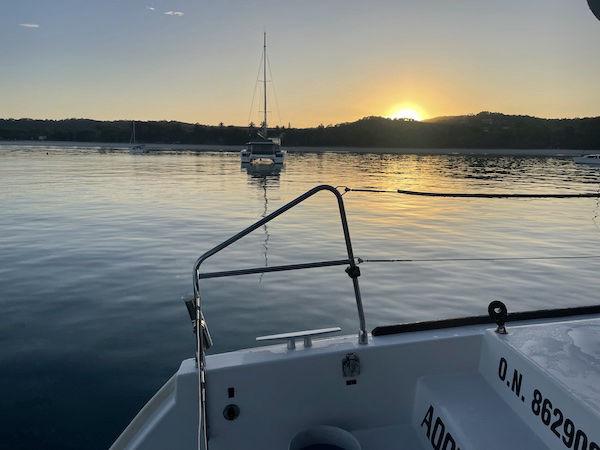 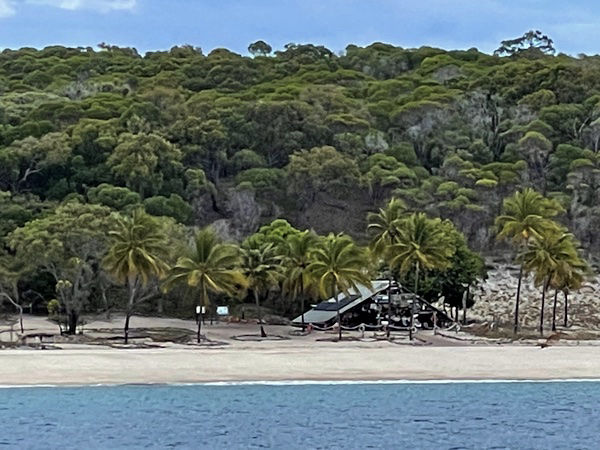 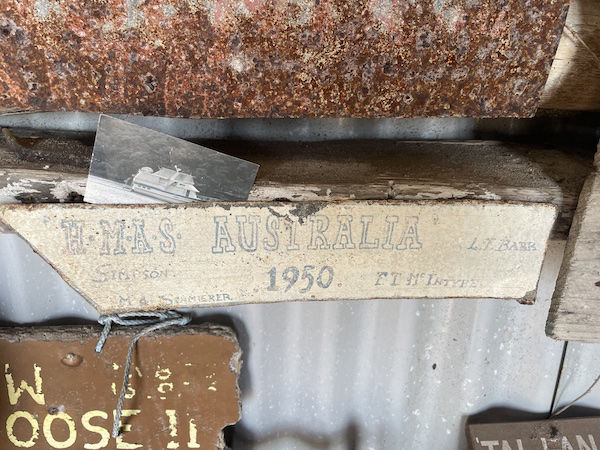 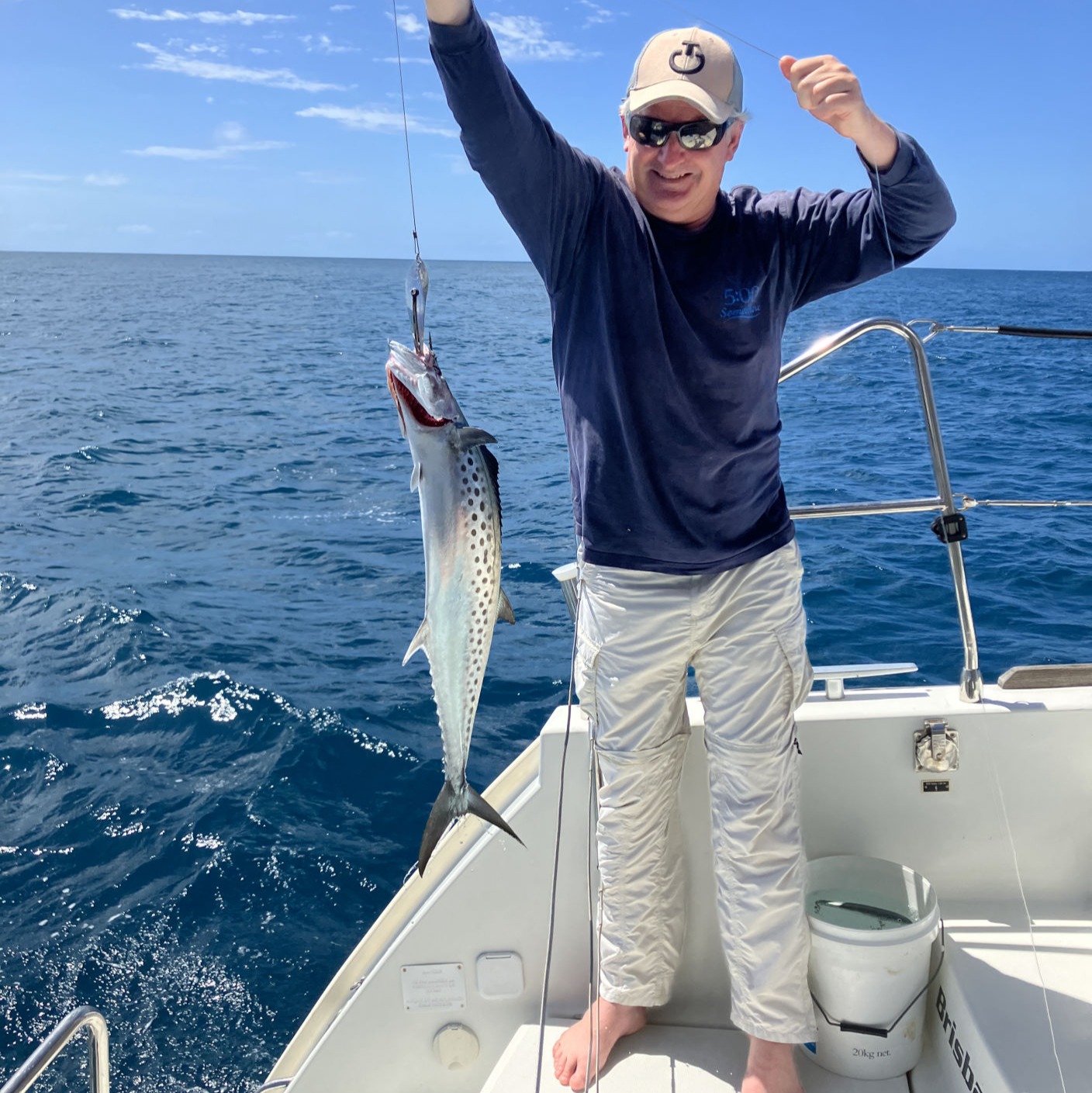 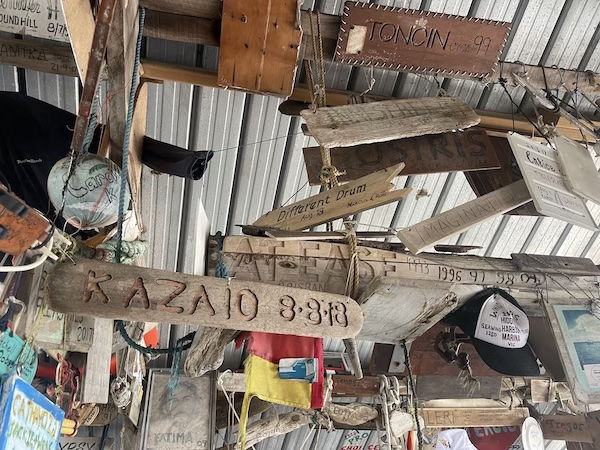 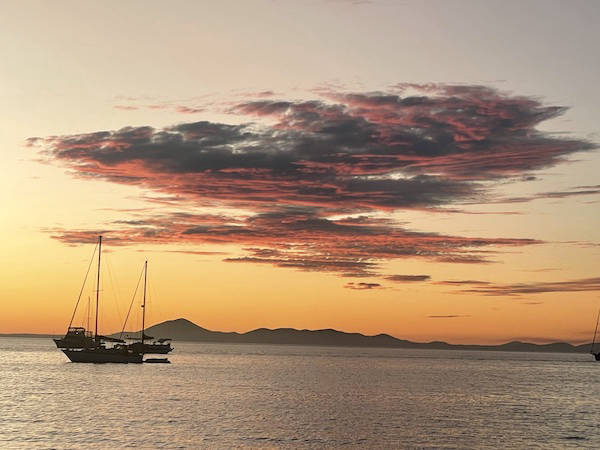 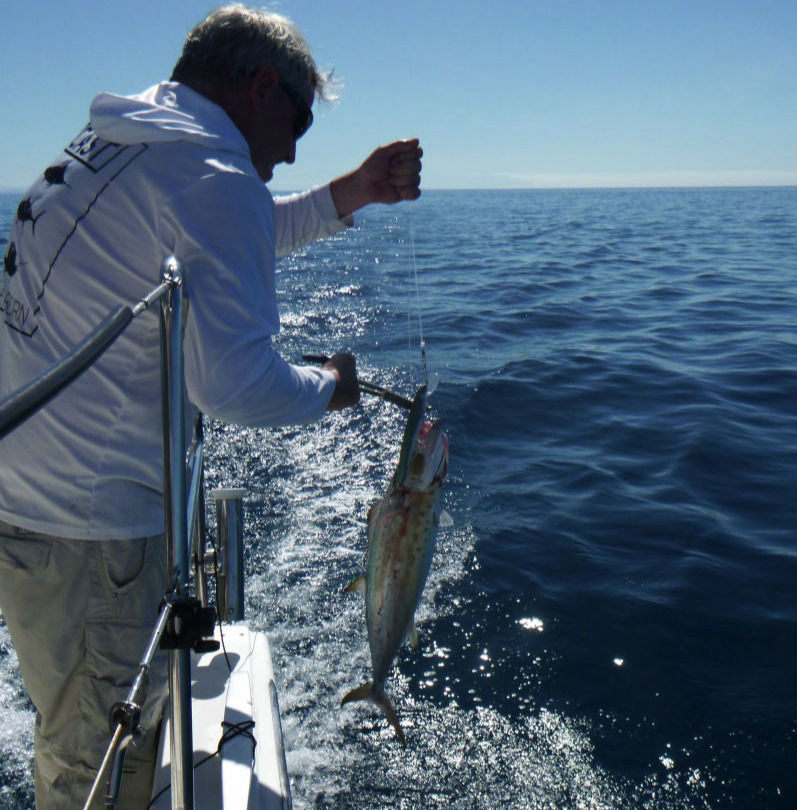